With one inner city hospital, and another containing a major trauma centre, Liverpool University Hospitals sees over 186,000 attendances between its two Emergency Departments every year. 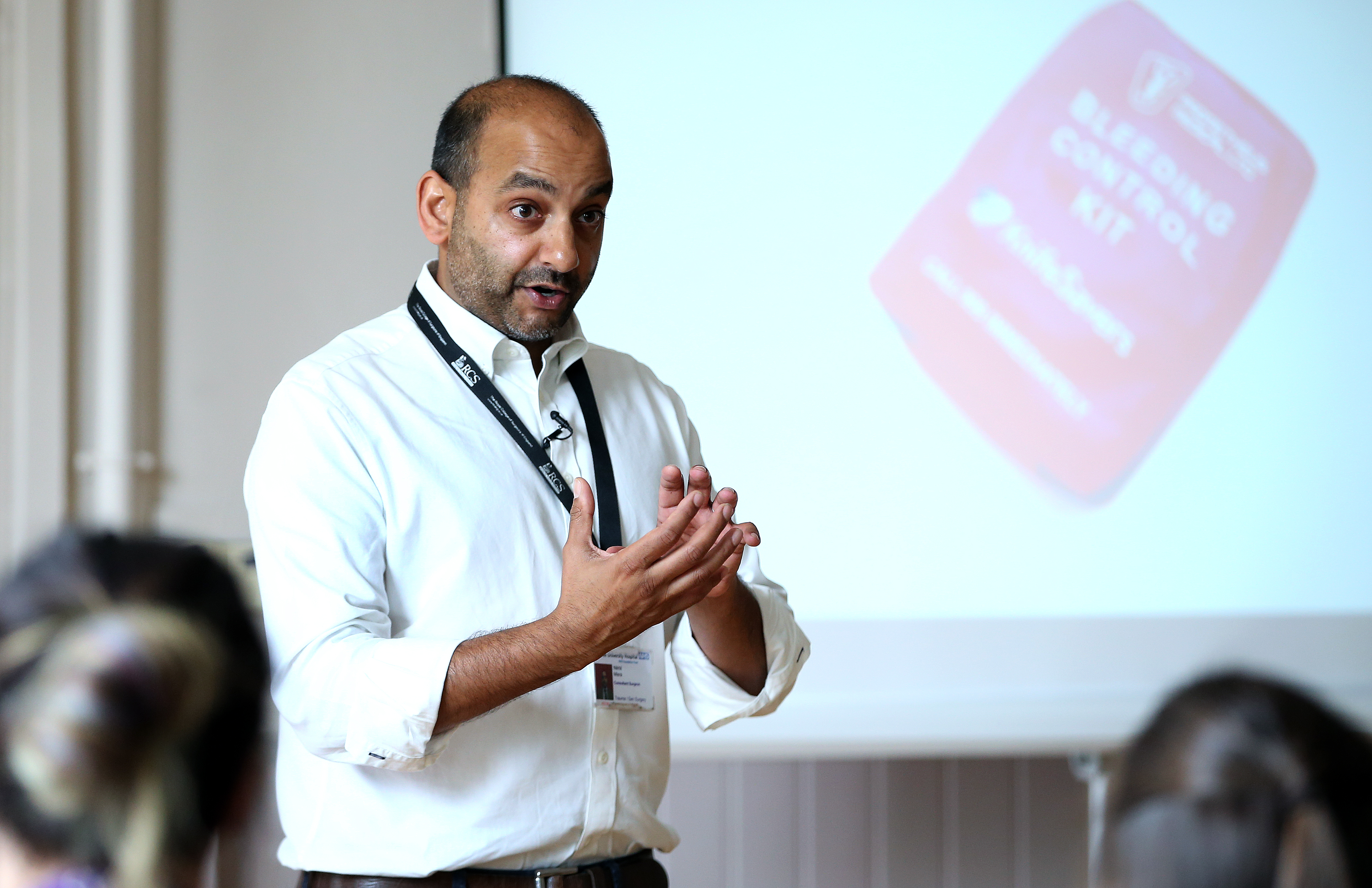 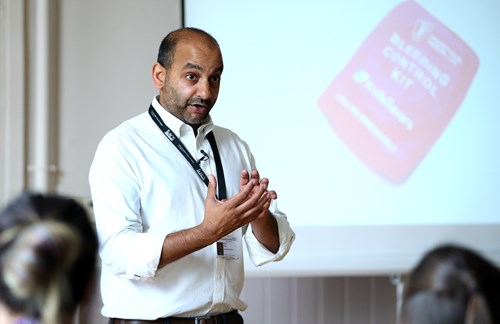 The second episode of BBC2 Hospital showcased some of the realities of working in the Emergency Department at both the Royal Liverpool University Hospital and Aintree University Hospital. There can be moments of elation when saving lives, to dealing with violence and aggression from patients the next.

For Dr Terry McLoughlin, Emergency Medicine Consultant at the Royal Liverpool, and Mr Nikhil Misra, Consultant General and Trauma Surgeon at Aintree, it’s knowing their work has an impact in their community that makes it all worthwhile. Both consultants were born and raised in Liverpool, and are now proud to work in hospitals that serve their city.

“I came back up to Liverpool from London in 2012 as a doctor and worked in different hospitals around Merseyside on a rolling programme. After four stints at the Royal Liverpool, I had fallen in love with the place,” said Terry, who is the third generation of his family to work in the NHS. He was promoted to a consultant at the hospital in 2018.

“We’re located in one of the poorest areas of the country, and working here has its challenges. You’ve got to want to do this job, and growing up here, I’m proud to now have the opportunity to give back to my city and its patients.

“When welcoming junior doctors to the Trust, I talk about how it’s all about the staff here. That’s the best advice I can give, it’s who you work with that matters – and that’s key at the Royal Liverpool. The staff, from cleaners to radiography, it’s an amazing team.”

Nikhil shares the same sentiment when it comes to working in his hometown, and when he worked in Cambridge it was always his aim to return to the city. The surgeon spent six months in the Royal Liverpool in 2010 with the pancreatic team, before moving to Aintree and later becoming a consultant in 2012.

His journey into becoming a surgeon began after watching surgery aged 17 during work experience. Originally Nikhil’s career was headed toward becoming a cancer surgeon, but when Aintree was established as a major trauma centre in 2012, he developed a passion for emergency care.

“I’m living the dream - doing what you love in the city you were raised in, it mitigates all the negative stuff. I never thought 10 years ago I would be in my hometown, leading a service and making a difference. It brings it even closer to home when friends, family, people you know, are being brought through the front door.”

It’s no surprise that working in an Emergency Department plays around with your emotions, and although you can have fantastic days of life-saving work, the flip-side can be tough to deal with. 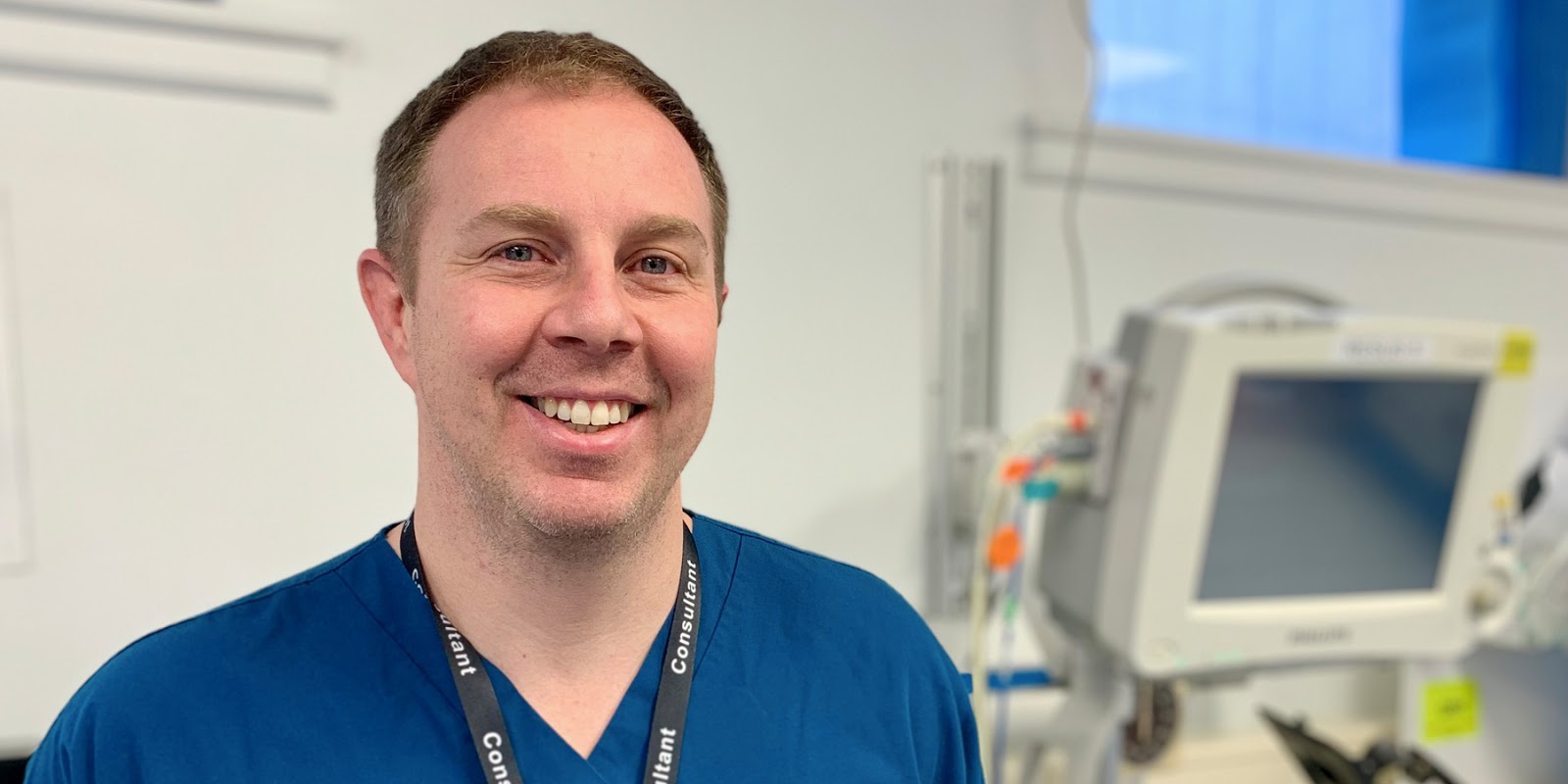 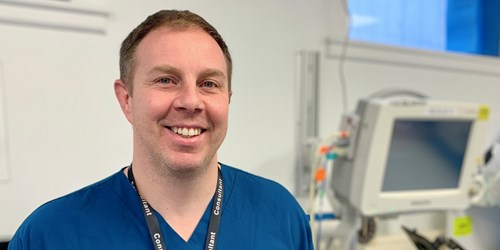 For both consultants, the most important thing to do is talk: “Some days are harder than others. Our word of the year is resilience. Emergency teams spend a lot of time in challenging and pressurised environments, so it’s key to have things available to staff to help their wellbeing,” said Terry. The Royal Liverpool’s Emergency Department have been hosting projects such as yoga, a football team and resilience days to help staff better manage pressures working in an inner-city service.

“Being kind and looking after one another is important. Certain patients won’t be, especially if they are under the influence of alcohol or drugs, but we need to perform and provide a service regardless for our local community. I’ve been bitten and punched, it’s not often you train for something 20 years to then get assaulted. We need to protect staff, but patients could be sick, it could be a condition causing them to behave in that way. We have to treat every patient with respect and work out why they are acting like that.”

Nikhil agrees and ultimately it’s where being a human being comes into play. “We all have feelings. It can be a tough job at times. 20 years ago when someone had died, you were told to ‘man-up’ and crack on with your job. Thank goodness that is now over, attitudes have evolved, and there is counselling available at the hospital if we ever need it.

“It’s also about trying to separate work with your personal life. I have a wonderful family and I’m passionate about football. I still go to Anfield with my dad, something we’ve been doing since the 1970s. Having interests outside of work really does help when you’ve had a bad day.”

The team at the major trauma centre provide specialist life and limb-saving treatment for patients across the North West. A common injury that they face is stab wounds.

“Personally I’ve seen too many young people die from knife wounds. To tell parents that their child has died, it’s shattering. It’s profoundly affected me and I took a decision to help stop this by helping to develop KnifeSavers.”

Nikhil has spearheaded KnifeSavers, an innovative campaign which aims to empower and educate the public on how to control life-threatening bleeding from knife wounds. A person who has been stabbed could suffer a significant loss of blood before they reach hospital. Five minutes of heavy bleeding from a knife wound can lead to loss of consciousness or even death. To help in those crucial minutes before an ambulance arrives, the team have designed specialist bleeding control kits to stem bleeding at the scene.

“Equipping people with the knowledge and tools to prevent massive blood loss is the single most effective step we can take towards improving chances of survival. We’ve been hosting teaching on bleeding control in community centres and will be going into schools, as well as running training events for pub, bar and nightclub staff around the city centre.”

For both consultants, it’s certainly not an easy ride working in an Emergency Department, but it’s their love for their job, the people they work with and the patients they treat that outweigh the bad days they may have.

“My family think it’s hilarious that I still get so excited about coming to work,” said Terry. “But I genuinely enjoy what I do. It’s not glamorous, but it’s certainly worthwhile. I wouldn’t be anywhere else – I’ll be a ‘lifer’ at this Trust, fingers crossed.”