When Ron Sayle turned 80 on 1st November, he had a lot more to celebrate than a landmark birthday.

Only days before, the retired chemical plant manager had lifesaving surgery to remove a tennis ball-sized tumour from his liver in a four hour operation at Aintree University Hospital.

After feeling unusually lethargic, Ron made an appointment with his GP, who sent him for blood tests and scans which detected the tumour. 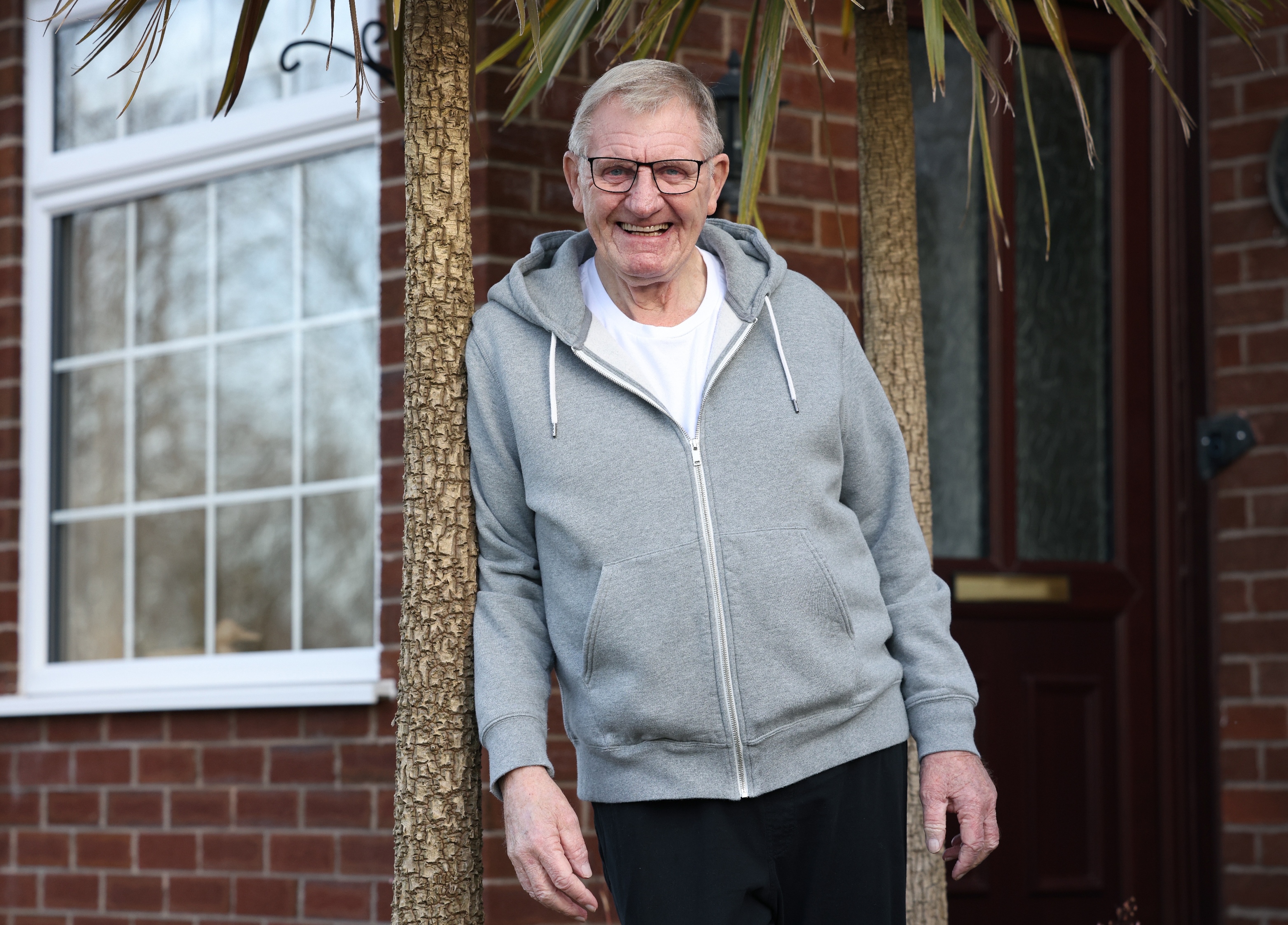 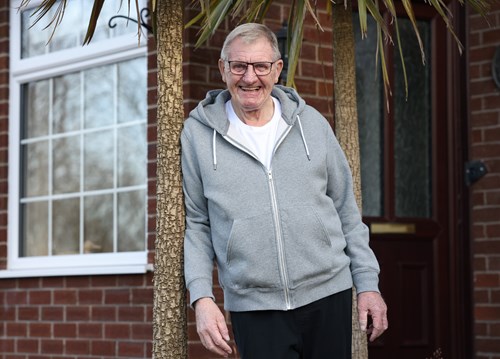 Ron, who lives in Frodsham with his wife Joyce, was scheduled for surgery on 25th September, less than two weeks after first meeting with his surgeon.

However on the day of his operation Mr Fenwick broke the news to Ron that his surgery could not go ahead as the hospital’s Intensive Care Unit (ICU) was at capacity, a consequence of the high rates of COVID-19 infection in the city. Liver cancer surgery is particularly complex and patients often require a bed on the ICU afterwards for at least one night. If a bed is not available then the surgery cannot go ahead.

Ron is one of a small number of cancer patients who experienced last-minute delays to their procedures due to a lack of ICU beds. The Trust has now set up a partnership with Liverpool Heart and Chest Hospital (LHCH), which means its clinicians have been performing complex liver cancer operations at LHCH’s south Liverpool site since the beginning of November. Because LHCH is a specialist hospital with no A&E department, ICU beds can be guaranteed so there is no risk that operations will be delayed at the last minute.

Ron said: “The care I received was exceptional, the team couldn’t do enough for me and it was great that they were able to get me back in so quickly. I’m now home and on the mend, which was the best birthday present I could’ve asked for. But it was a really difficult time and it brought home to me just how great an impact COVID-19 is having on our NHS.”

As community infection rates in Liverpool now begin to fall, Ron is calling people not to become complacent in their efforts to reduce the spread of COVID-19 in the region. 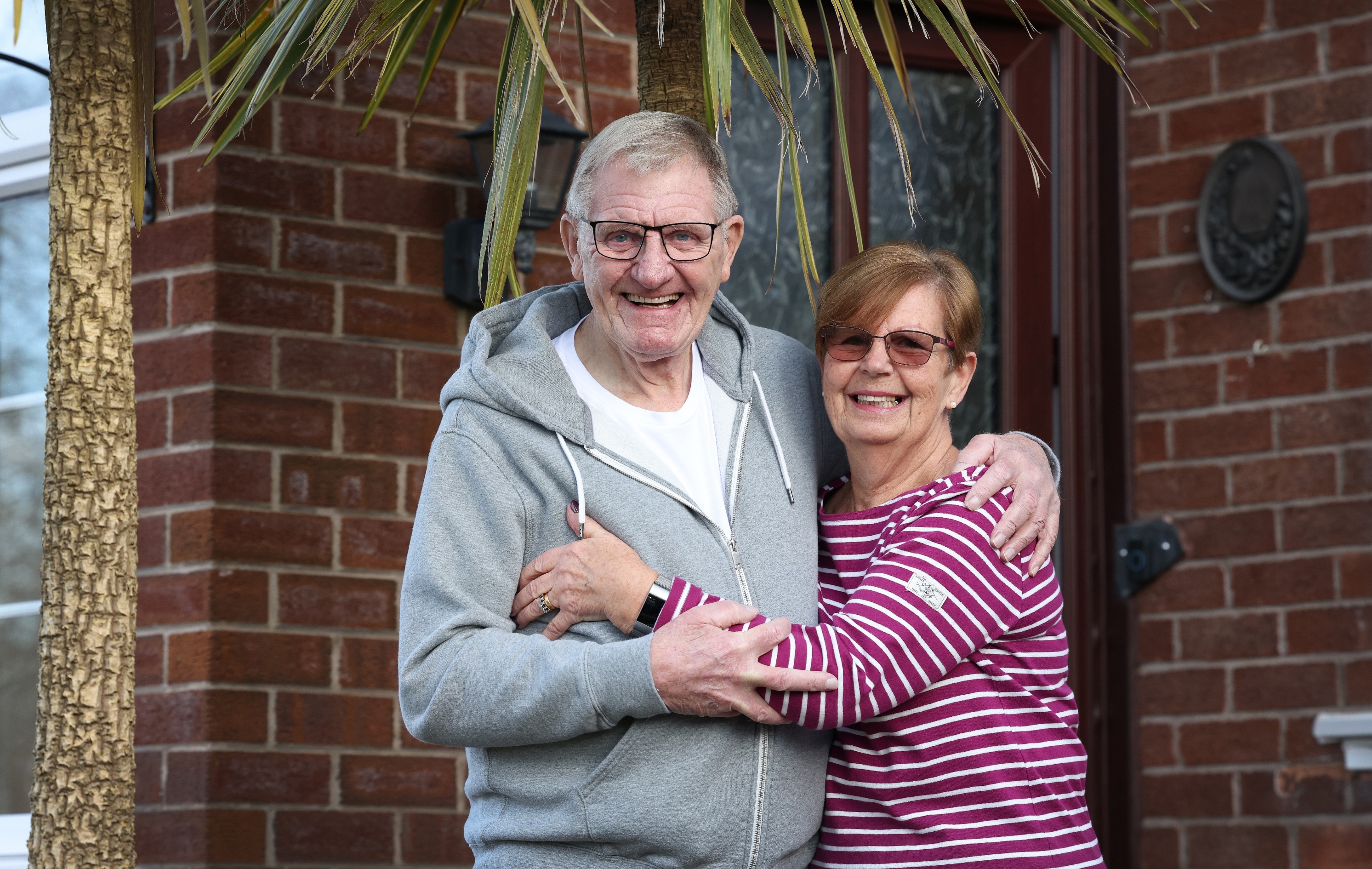 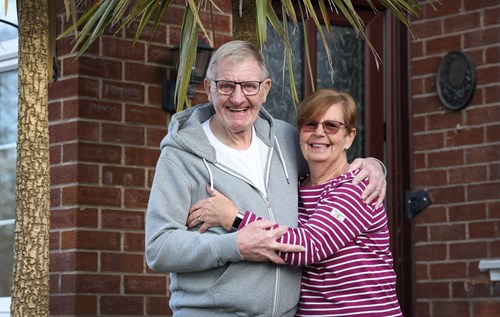 He said: “My cancer operation was delayed because of COVID-19 but everyone is affected in one way or another through the restrictions that are in place. If everyone does simple things like washing their hands, wearing a face mask when they’re asked to and keeping their distance from people they don’t live with, then hopefully we will all soon be able to get back to normal.”

Ron and Joyce are now busy making plans for life after COVID-19, when they hope to travel around the UK, and spending more time with their family, including seven grandchildren and four great-grandchildren.

Mr Fenwick said: “I am delighted that Ron is doing so well. While the vast majority of our cancer surgery has not been affected by COVID-19, for a small number of our most complex patients who require an ICU bed there have regrettably been occasions where our ICU is so busy with very sick patients that we have had to reschedule their operation at short notice.

“By working with Liverpool Heart and Chest Hospital we can be certain of our theatre and ICU capacity, which will prevent the kind of last-minute delay that Ron experienced.”