An inspirational hospital worker who won the prestigious title of Employee of the Year was left rocked just days later following news of a breast cancer diagnosis aged 35.

Danielle McDermott, a Patient Experience and Engagement Officer at Liverpool University Hospitals, has now written her own book, Bald, Brave and Bloody Beautiful, detailing her journey through breast cancer.

The mum-of-one checked her breast just one day before the staff awards ceremony at St George’s Hall in November 2018. She felt a lump, but was unwell with a chest infection and thought nothing of it and fell back asleep. 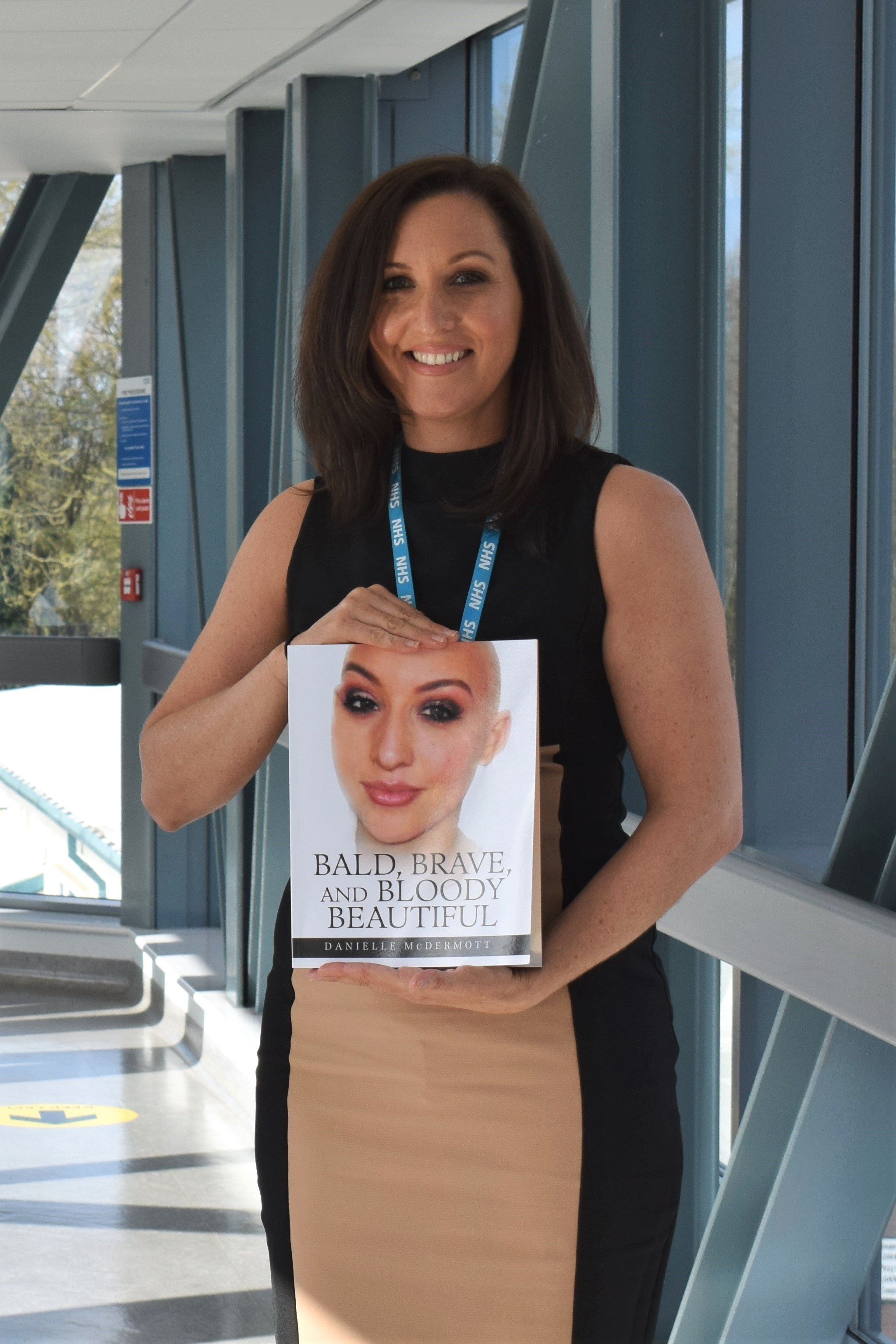 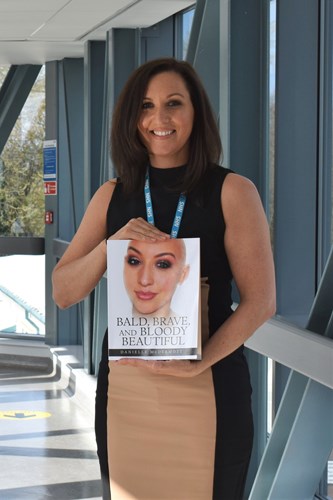 The next day she won Employee of the Year, alongside being nominated for Innovator of the Year and Professional Excellence for Life after Stroke for her work at Aintree University Hospital, but still couldn’t shake the feeling that something wasn’t right.

Danielle said: “Something was just telling me no, check your breast again. And that’s when I definitely could feel a lump in my left breast. I was in the breast clinic at Aintree just four days later when I was diagnosed with the devastating news of breast cancer.”

At the time of Danielle’s diagnosis, her colleagues didn’t know if it had spread so a biopsy was taken to understand more. Two weeks later she was told she had grade 2 invasive ductal carcinoma (IDC), which is cancer that has started in the cells of the milk duct and spreads to the tissue of the breast. She would need to have a mastectomy and reconstruction surgery. IDC is the most common form of breast cancer.

Danielle said: “I just had intuition that something wasn’t right, that made me check my breast again. From the biopsy results, I had the operation to remove my breast just a few days later. There was no time to process; it was just a case of getting this cancer out of my body.”

Mr Lee Martin, Consultant Breast Surgeon at Aintree University Hospital, performed Danielle’s surgery: “Everyone at Aintree knows Danielle; from the cleaners and the staff in the canteen, to those in theatres and beyond, so it was a shock for many people. But Danielle took it all so well, drawing positives out of everything.

“Breast cancer is the most common type of cancer in the UK, but it’s uncommon in younger people. That’s why the screening programme starts at aged 50 as you don’t typically get as many younger patients. However those under 40 diagnosed can have different issues to consider, such as fertility – so we treat every breast patient through our doors on a case by case basis with an individual tailored treatment plan and choices; there isn’t one size that fits all.” 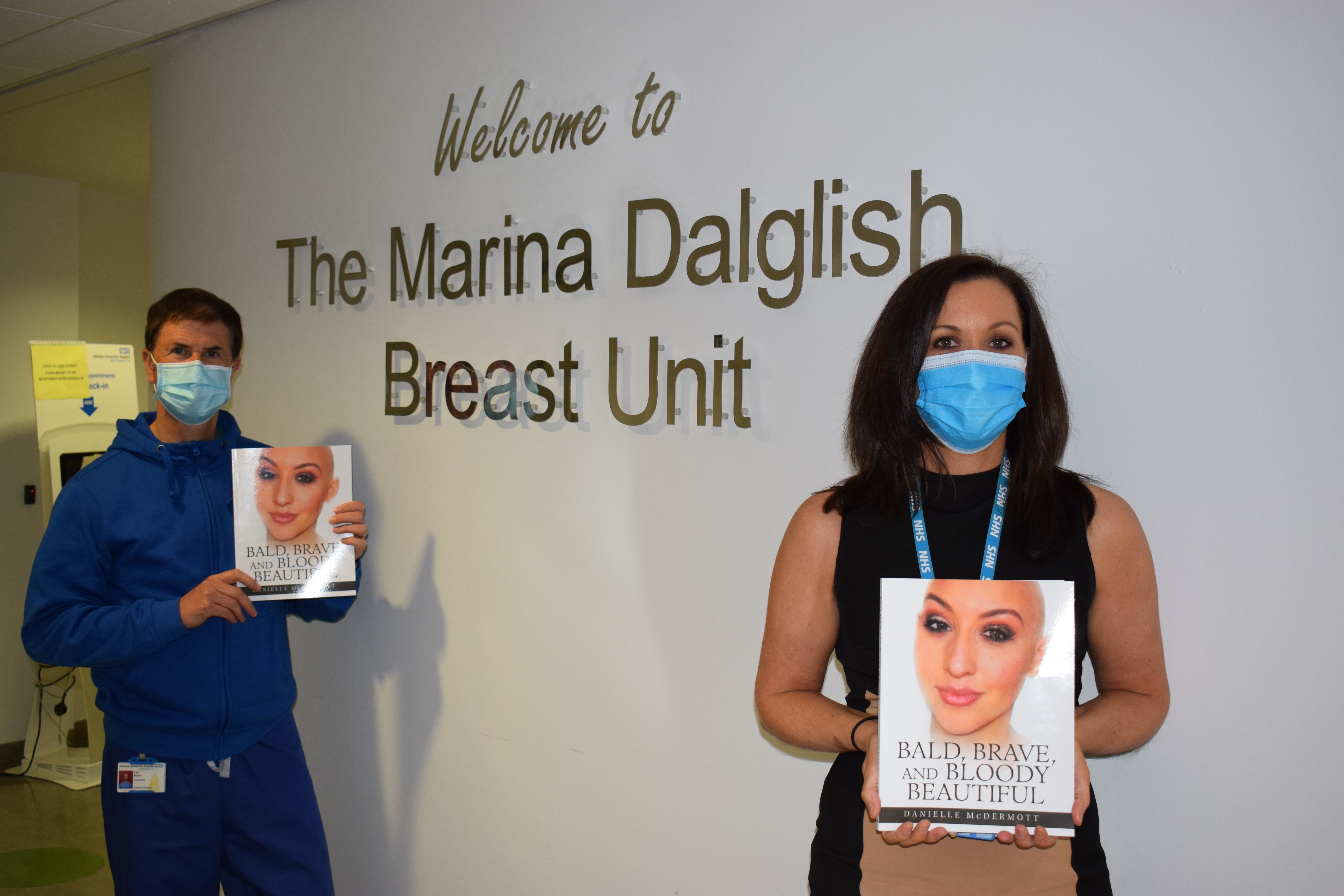 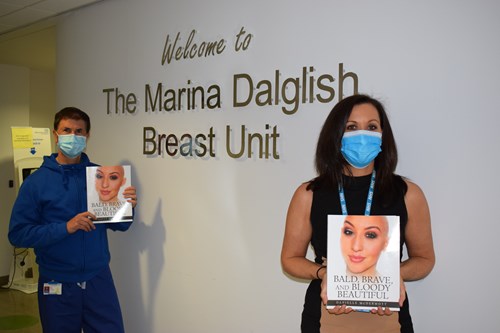 For Danielle, she had the operation to remove the 3 ½ cm cancerous tumour, followed by reconstructive breast surgery and five months of chemotherapy in early 2019. Although the cancer was removed in surgery, the decision for chemotherapy was made following the results of an Oncotype DX (ODX) test.

An ODX test is a genetic profiling test which aids in identify a patient’s risk of breast cancer spreading and helps guide the best course of treatment and its probable effects.  A sample of tissue is sent to a special laboratory in San Diego, and a score determines whether the patient would benefit from chemotherapy.

Danielle said: “I felt my femininity had been taken away from me when I lost my breast and my hair. I didn’t want to lose my hair but I wanted to ensure I stayed cancer free and the chemotherapy would improve my chances of a longer life and seeing my daughter Hollie grow up. It was such a difficult process, and that’s when I said to Lee I was going to write a book.”

Bald, Brave and Bloody Beautiful was released on Amazon, Bowker, Waterstones online and Barnes and Noble earlier this month, and details the journey that Danielle went on as a breast cancer patient. The inspirational mum wanted to share her story, surgery and outcome to others who may be in a similar situation.

Danielle said: “It took a year and a half to write – it’s been emotional. To look back and relive what I went through on paper meant there were tears but also a sense of pride of how far I’ve come.

“I’ve surprised myself. I even applied to go onto Channel 4’s SAS: Who Dare Wins. I didn’t get onto the show, but I had two interviews with the producer and passed the fitness test required for the police and army – which is such a long way from when I couldn’t even pick myself up off the floor after chemotherapy.

“Being a patient in your own hospital was hard, but the care that I received was unbelievable. I couldn’t fault it; it was as pleasurable as it could have been! I am forever grateful to Lee and everyone who was involved in my care. Working with patients now can be hard, especially when you speak to those who aren’t as lucky as I was.”

Lee, who has worked as a breast surgeon at Aintree Hospital for 21 years, said: “She’s an inspiration. Danielle’s book is a good tool for patients on a similar pathway. It was a great honour being her doctor, as people trust you at their most vulnerable moments – and I never forget this.

“About 1 in 8 women are diagnosed with breast cancer, but there's a good chance of survival and recovery if it's detected at an early stage - which is why it’s vital that women check their breasts regularly for any changes.

“Breast cancer can have several symptoms, but the first noticeable symptom is usually a lump or area of thickened breast tissue. Most breast lumps are not cancerous, but it's always best to have them or any changes checked by a doctor.”