Nearly two decades after being diagnosed with breast cancer following a routine mammogram, Marina Dalglish is urging women to attend their breast screening appointments when they are invited.

Marina returned to the site in Southport where she attended her first mammogram in March 2003, to officially open one of two new breast screening trailers. 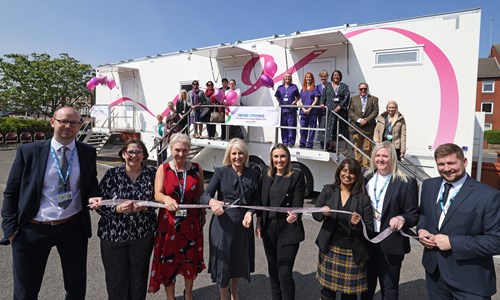 Marina, who has raised millions of pounds over the years to support cancer patients in Merseyside through the Marina Dalglish Appeal, said that attending her breast screening appointment saved her life.

Marina said: “I remember receiving the letter in the post and joking with my friends saying ‘the cheek of it’ - I wasn’t long past turning 49! I went for my mammogram but then received another letter saying I needed further tests and a biopsy. I still thought no, it can’t be anything to worry about as I didn’t have a lump, but back then I didn’t know any of the other symptoms to look out for.”

Every three years, women between the ages of 50 and 71 are invited for a screening mammogram, which involves having an x-ray of the breast. It takes a few pictures of the breast, which is then reviewed for any signs or symptoms, or any small changes.

For Marina, it was just a few weeks later she had a double mastectomy at Aintree University Hospital. 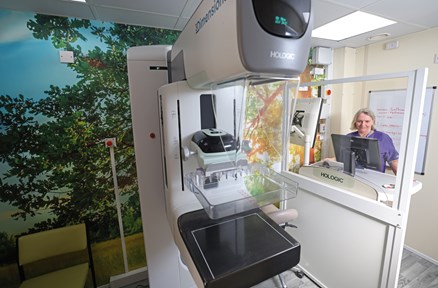 She said: “It’s so important to go for your routine screening. It only takes a few minutes and it could save your life – it saved mine. If you have any concerns about your breasts, go get them checked out. The sooner you are diagnosed, the sooner you can get treatment.”

The new trailers now feature wi-fi availability, which means there is the option for the instant transfer of images for radiographers to look at, if a prompt review is needed. It means that assistant practitioners can carry out mammograms without radiographers needing to be present - potentially increasing the number of patients that can be seen. Staff can also now check a patients’ earlier scan on the trailer, alerting them to any previous issues.

Together with colleagues, Ms Anu Shrotri, Director of Breast Screening and Consultant Breast Surgeon at Liverpool University Hospitals, and Wendy Thompson, Screening Programme Manager, have been leading on getting the new scanners in place and it is hoped that by making screening more convenient it will increase uptake, which in Liverpool is lower than the national average. 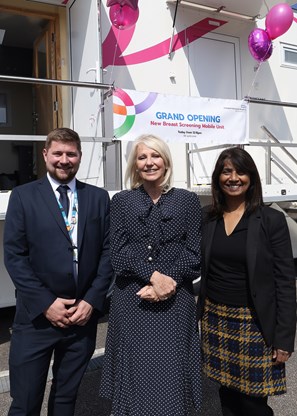 Ms Shrotri said: “We’re really thankful to Marina for spreading the important message of breast screening and officially opening our new screening trailers. The uptake in Liverpool is low for a combination of reasons; factors include economic deprivation, with some women having difficulty travelling to the screening sites, and language and cultural barriers in ethnic minority populations preventing women from understanding the importance of screening.

“To encourage more women to attend their screening appointments, together with the Liverpool Primary Care Network (PCN) we have been training community volunteers to take these messages into minority communities. We’re hoping to run more workshops so that women can take these vital messages into their local communities and raise awareness of the importance of breast screening.”