“My journey here was completely accidental,” said Edna Panambo, when recounting how she first came to Liverpool from her home in the Philippines 20 years ago. “I was actually one of the interviewers for the agency who were hiring Filipino nurses to work in the NHS. They then asked me if I was interested in a job myself, and I thought why not, let’s give it a go!” 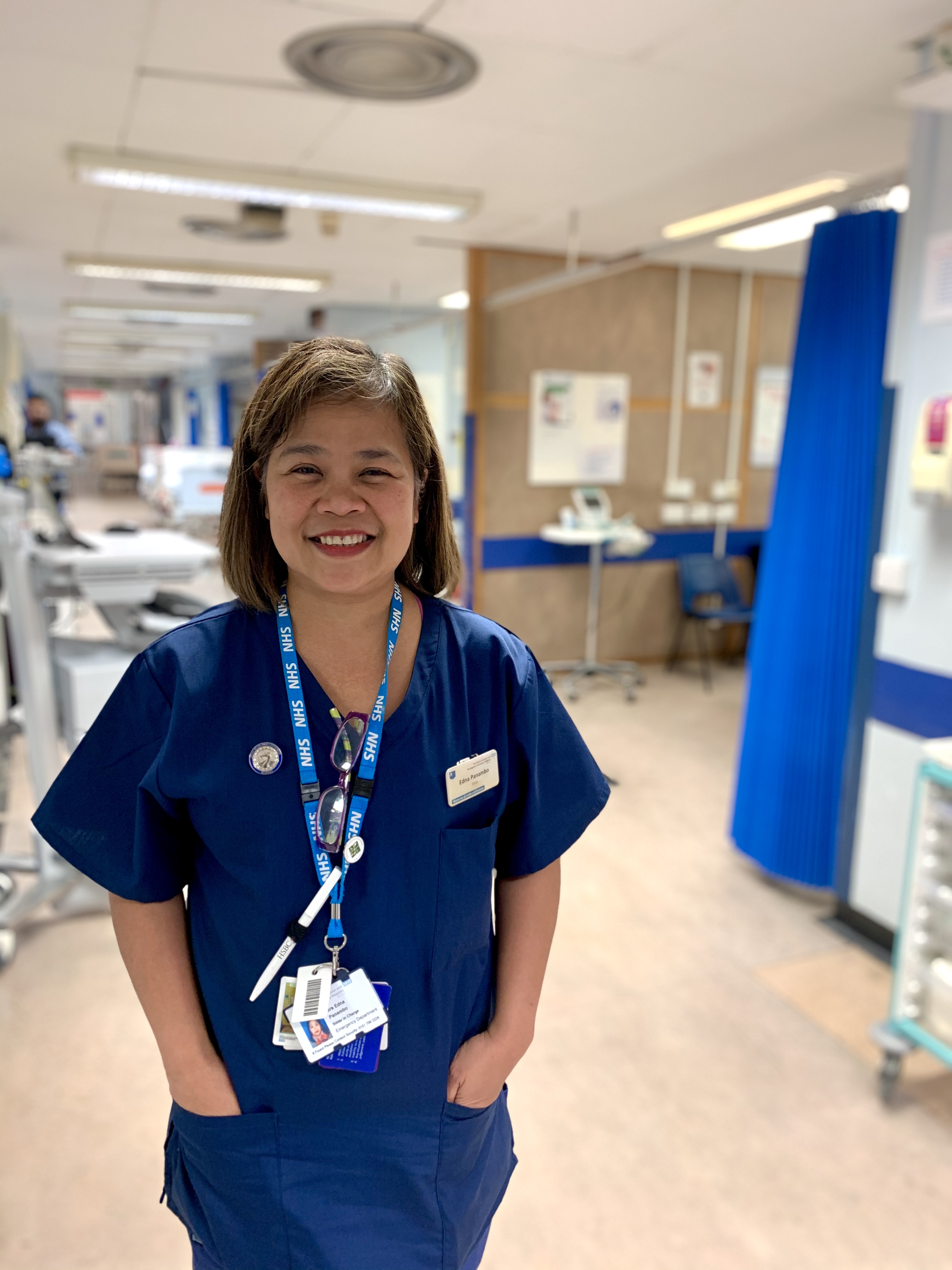 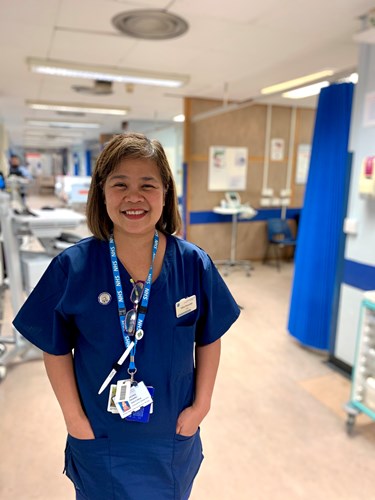 Two decades later, Edna is still working in the same department that she first started in back in 2000 - the Royal Liverpool’s Emergency Department. A pioneer for her peers, she was one of first Filipino nurses to work in the hospital’s A&E and has now progressed to become one of the department’s ward managers.

“I’ve always been in the A&E. I love my work so much – if I didn’t, I wouldn’t still be here! It’s the passion and dedication for care I have that keeps me going. Since I came here, I’ve been given plenty of opportunities to progress,” said Edna, who having been a chief nurse in the Philippines, wanted to be a staff nurse when she first arrived in Liverpool.

“I was taken care of and looked after by my matrons. I was offered training courses and professional development, and encouraged to take it. After being a senior nurse in the Philippines I said to my family I wouldn’t take senior position again, but look at me now – I’m a band 7 ward manager and I am studying for a Masters degree in nursing! I believe in hard work and that if a position is right for you, you will get it no matter what happens. It’s a big achievement for me.”

Edna returned to the Philippines in 2016 as part of a recruitment drive for nurses to join the Royal Liverpool University Hospital. Filipino nationals make up the third highest percentage of NHS England’s workforce, with 18,584 Filipino staff reported as working in the NHS as of March 2019.

She travelled with colleagues, including Deputy Chief Nurse Colin Hont, to offer other Filipino nurses the same opportunities of career and development she had taken advantage of 20 years ago.

“It was a really good experience. I think that our Filipino culture lends itself really well to working in the NHS and a stressful environment such as the Emergency Department. We are resilient and some of the hardships we have been through as a society, they help us to get past some tough situations.”

On the second episode of BBC2’s Hospital, Edna can be seen caring for a particularly difficult patient, ‘Frank’, who is aggressive toward staff while under the influence of alcohol and drugs. For Edna, sadly this is not an unusual occurrence and she often has to deal with patients who are violent toward her and her team.

“Frank has been coming in for as long as I have worked here. He’s actually a nice guy when he’s sober. In those situations, you just need to treat everyone the same as they may need medical help. But it can be tough sometimes. When it comes to working in the A&E, you are either an A&E nurse or not.

“It’s challenging and tests your patience, but it’s rewarding. However you never work on your own, you are part of a team always helping one and another. A&E is a family, and I wouldn’t last long without them. It’s lovely when we get letters of thanks from patients – we don’t expect it but it really lifts your spirits.

“As a manager, I have to do that for my team and I tell them, even on the really bad days, we will get through it. No man is an island and we need to collaborate, work hard and take care of each other. Being a nurse is a humble profession. For many are called, but few are chosen – a bit like me 20 years ago!”

Want to join people like Edna here at the Trust in Liverpool? Click here to see our current opportunities...