Staff at the Royal Liverpool University Hospital gave Their Royal Highnesses, The Prince and Princess of Wales, a warm welcome to Liverpool when the couple arrived in the city to officially open the new hospital.

During their visit to the Royal, which is the biggest hospital in the country to provide inpatients with 100% single, en-suite bedrooms, The Prince and Princess had the opportunity to meet with staff in the 40-bed critical care unit. 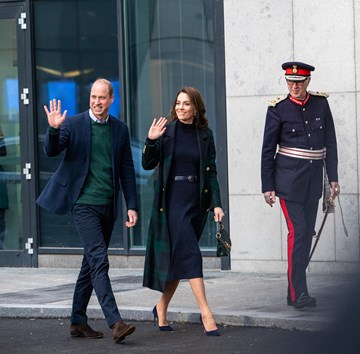 The team shared with The Prince and Princess how their new unit is benefiting patient care, compared to the previous department, which was spread out across three different floors in the old hospital. The individual bedrooms mean that specialist care can now be provided in one place, and patients have enhanced privacy and dignity. His Royal Highness also spoke with some of the nurses he had met during a video call in 2020, when he had thanked the Trust’s critical care team for their efforts in caring for patients during the COVID-19 pandemic.

Sarah Lawson was one of those critical care nurses who met with The Prince of Wales. She said: “Today has been so special. I met The Prince of Wales over a video call nearly three years ago, so to get the chance to meet him in person has been amazing. Their Royal Highnesses were so genuinely interested in talking to us about staff wellbeing and mental health. Everyone was over the moon to meet them.” 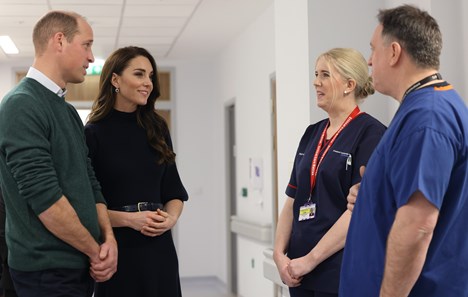 Sue Musson, Chair of Liverpool University Hospitals, said: “To introduce The Prince and Princess of Wales to some of our hardworking staff was such a privilege. It was a great boost for colleagues at the Trust to meet Their Royal Highnesses and to share their experiences, especially at a time when staff continue to work under significant pressure. I hope that The Prince and Princess enjoyed their time in our wonderful city.  We are so grateful for their interest and their visit.”

Hundreds of people then gathered to watch Their Royal Highnesses unveil a plaque in the hospital’s main atrium. Before leaving, The Princess of Wales was presented with a posy of flowers, which included sea holly, Merseyside’s County flower, by volunteer Marjorie Jenkins. Marjorie, from Anfield, played a pivotal role in helping support with the transition to the new hospital, and currently volunteers in A&E.

James Sumner, Chief Executive of Liverpool University Hospitals, said: “It was an honour to welcome Their Royal Highnesses to the Royal Liverpool University Hospital today. To be able to showcase the incredible work our staff do for their patients every day was a privilege. I hope that The Prince and Princess enjoyed their visit to our hospital, and I know that staff will remember this day for a long time to come.” 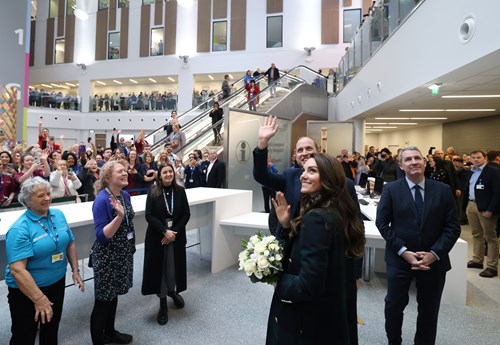 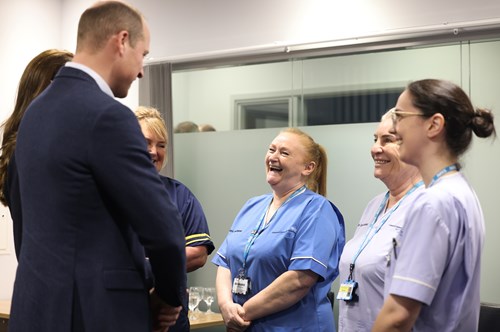 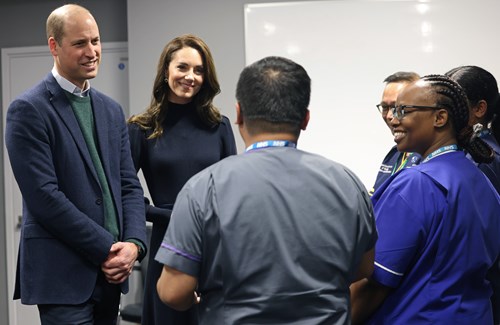 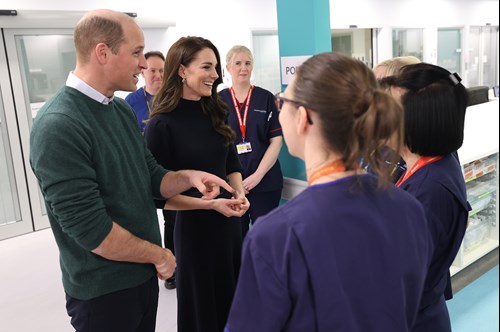