When 74-year-old David was rushed into the Royal Liverpool University Hospital with a ruptured Triple A (Abdominal Aortic Aneurysm) on last night’s episode of BBC2 Hospital, it was paramount that he went into theatre as soon as possible for life saving surgery.

You may have seen theatre unit manager Nikki Daley take control over the emotive situation of deciding whether to bring David’s family into the room before he was taken into theatre. 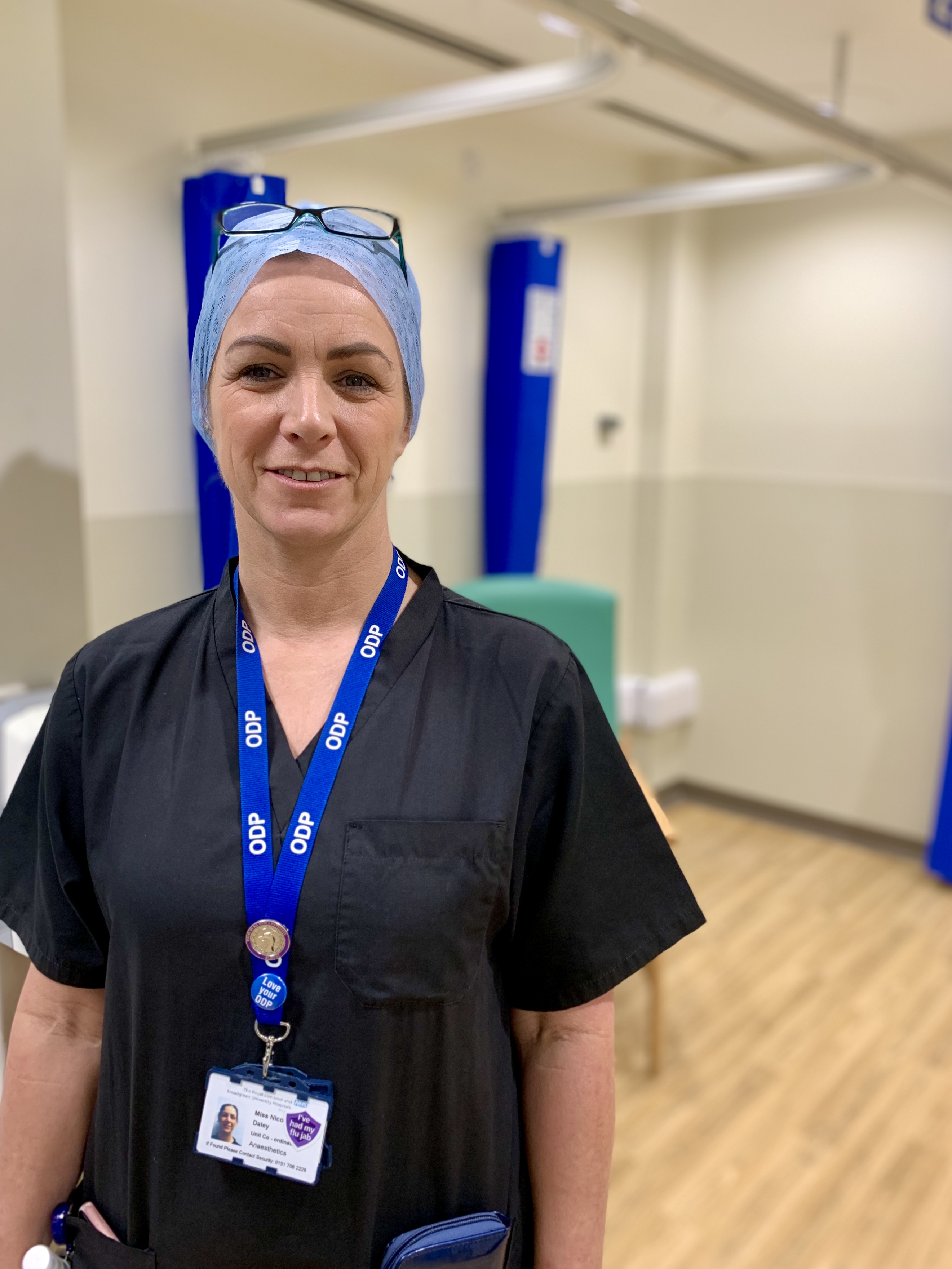 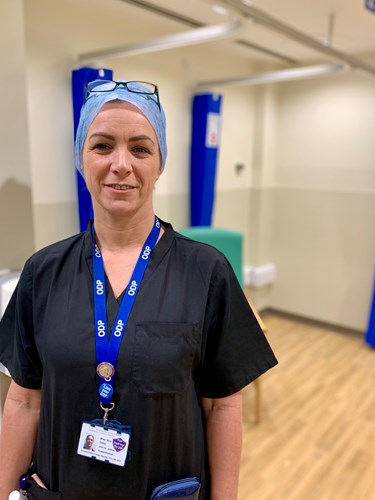 “In those circumstances, you just need to get the patient into surgery – no-one wants their family to see them in that way. He made an amazing recovery – when a critical Triple A patient comes in you don’t know if they will survive. It’s a great sense of achievement to have been part of a team that saved someone’s life. It’s a hard job sometimes but the theatre team are a massive support to one another.

“No two days are the same here. Working in theatre is such an interesting job and you never know what could come through the doors. I love the Royal Liverpool; there really is no better place to work for.”

Growing up on Scotland Road and now living in Anfield - Nikki has worked at the Royal Liverpool University Hospital for over 26 years. She started at the hospital in 1993, training to become an operating department practitioner (ODP) and qualified in 1995. Over the years, Nikki has progressed and at age 31, became one of the Trust’s youngest band 7 managers, looking after different units in theatre. Currently she manages a team of 27 staff on the 24 hour A&E and vascular service.

“I always knew I would go into something involving patient care. I was originally interested in dentistry, but I fell into an interview for an ODP. I didn’t really know what the role would involve, and if you would have asked me then if I thought I’d still be here 26 years later I would never have imagined it – but I still have the same love and enthusiasm for the job today as I did at the beginning.”

ODPs are a vital part of the operating theatre team, providing an important role in three of the phases of perioperative care: anaesthesia, surgery and recovery. They are primarily employed within operating theatres, but can also be in other critical care areas of a hospital.

“There are so many aspects to the role which make it diverse. Alongside providing a high standard of patient-focused care in the theatre, you could be assisting the resuscitation team with emergency life-saving treatment in A&E, or part of the team on a hospital transfer in an ambulance – it’s such an important job.”

This pivotal role opens many doors of opportunity to progress your career, and there are many positions which as an ODP you can become specialist in. For Nikki, she decided to progress into specialising as a scrub practitioner, and then into a managerial role.

“As a scrub practitioner, you help prep the theatre for the operative list, and assist the surgeon who is carrying out the operation. My main area of scrub expertise is Trauma and Orthopaedic and spinal surgery. As a manager, I have now managed every theatre unit in the Royal Liverpool and at Broadgreen Hospital as a scrub specialist.”

It’s clear to see there is so much scope for progression as an ODP, and Nikki is keen for others to see the brilliant career benefits the role can bring.

“I’d encourage anyone to go for it. Being in a clinical role is not just about being a doctor or a nurse – without an ODP, operations wouldn’t be possible. I always remember when I had qualified I looked up to my Unit Manager at the time, Sister Mallen, and thought ‘one day I’d aspire to be like her.’

“She was my role model. When she retired, I was given her position. There are still times in my day where I will stop and think, ‘what would she do.’ I hope that I can inspire someone in the same way starting out as an ODP.”

If you like the thought of joining the team in a theatre practitioner role, click here to see the current vacancies.